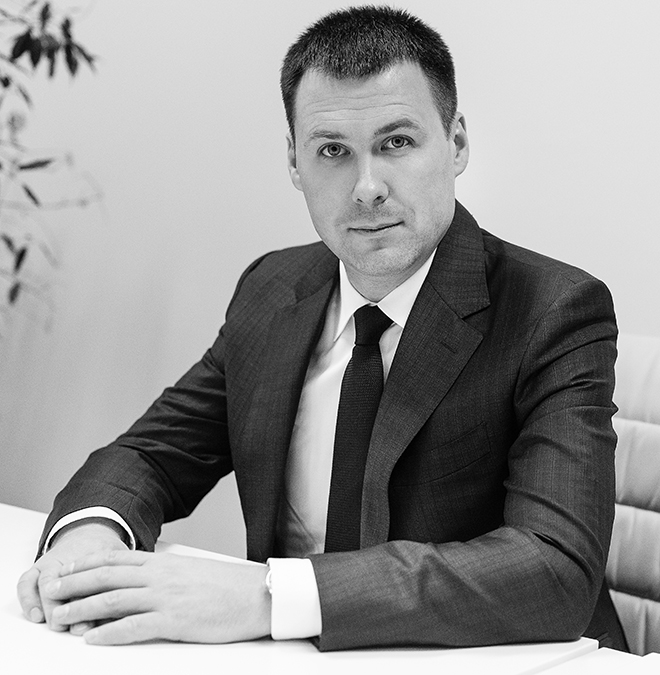 For 14+ years, Sergey has represented clients in state and arbitration courts. He is engaged in litigations related to property rights, investments, major disputes out of contractual relations, debt collection and enforcement of obligations, and IP disputes.

Moreover, Sergey is an expert in competition law and disputes with public bodies, including the Federal Antimonopoly Service of Russia.

Judicial protection of a major Russian fishing group in a precedent-setting court dispute on invalidating a ruling by the Russian competition authority, which could have led to the cancellation of the client’s quotas for seafood catches and significant economic losses (2019)

Representing one of the leading Russian construction companies in the oil and gas industry in a complex dispute on debt recovery from 10 different agreements between the client and one of its subcontractors. The dispute is accompanied by the insolvency of the debtor. Matter value: ₽1.3 b ($21 m+) (2015-2020)

Represented a major Russian pharmaceutical company in a court trial concerning the rights to a cancer drug whose state registration had been contested by a direct competitor. Matter value (annual sales under public procurement agreements): ₽800 m ($13 m+) (2016)