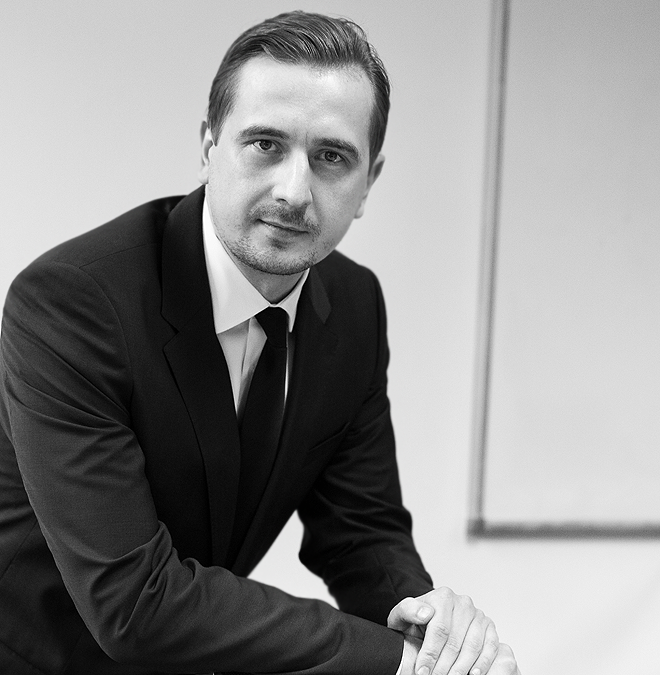 + add to binder
E a.milosavlevich@iplf.ru
Т +7 495 647 0046
For 12+ years, Alexander has been advising on real estate transactions and construction projects in the energy and natural resources sector, including infrastructure/PPP projects. He also advises on corporate law issues and has significant experience in protecting clients’ interests in Russian courts.

Advised Cryogenmash, a large Russian industrial gas producer, on all legal issues concerning a greenfield project for the construction of a plant for industrial gas production at the West Siberian Petrochemical Facility (ZapSibNeftekhim), which is going to become the largest such facility in Russia upon completion (2016-2017)

Legal support of projects for the construction and subsequent operation of a liquefaction terminal at a port on the Baltic Sea, including a pipeline branch, and a facility for the liquefaction of natural gas for the supply to end users in the Republic of Karelia. Total value of projects: ₽43 b+ ($715 m+) (2015-2019)

Advised a Russian company on a large-scale infrastructure project for the construction of a coal terminal in the Far East of Russia. Volume of investments: ₽27 b ($450 m) (2018)

Legal support for the preparation, conclusion, and execution of a contract for the reconstruction of an apartment building in St Petersburg for a Russian private investor. Project value: ₽3.1 b ($51 m+) (2011-2017)

Legal support for the preparation, conclusion, and execution of a contract for the reconstruction of a restaurant in Moscow for a Russian private investor. Project value: ₽90 m ($1.5 m+) (2016-2020)

The Legal 500: Real estate and construction (2019-2021)
career
Prior to joining the Ivanyan and Partners team in 2010, Alexander worked as counsel and head of the corporate department at two Russian law firms.
education
2006: Degree in Law from St Petersburg State University, Russia