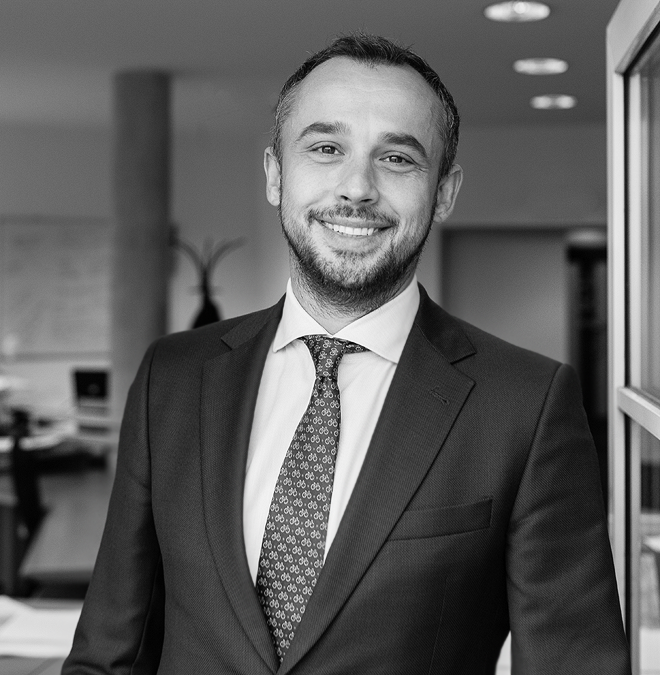 + add to binder
E m.rasputin@iplf.ru
Т +7 495 647 0046
Maxim is an expert in structuring M&A transactions and joint ventures. For 13+ years, he has been advising large Russian businesses and UHNWIs on versatile corporate and securities law matters. Maxim also has substantial experience in legislative drafting, having been an active contributor to corporate and contract law amendments to Russia's Civil Code, the Law on Joint-Stock Companies, the Law on Limited Liability Companies, and the Law on Insolvency (Bankruptcy).

Advised Severstal, a Russian steel major, on selling a 100% stake in Vorkutaugol, one of the country’s biggest coal mining companies, to the Russian Energy Group. Matter value: ₽15 bn ($250 m) (2021)

Advised UMMC, a Russian metals and mining major, on a complex cross-border deal for acquiring all the assets of Petropavlovsk Plc, one of the country’s biggest gold mining companies. Deal value: $600 m+ (2022)

Advised Gazprombank as a lender on a complex restructuring of $580-m+ debt arrangements for the major Russian coal and steel producer Mechel, including a conversion of the debt into 49% of shares in the project for the development of Elga, Russia’s largest coking coal deposit (2016)

Advised a Russian investor (i) on the acquisition of a 74% stake in Ust-Luga Oil, the operator of Ust-Luga oil transfer terminal, from a leading global commodities trading house; (ii) on the sale of a blocking stake in a big Russian oil terminal and its agency company to a Russian state transshipment company. Deal value: (i) ₽60 bn+ ($1 bn+); (ii) ₽30 bn ($500 m+) (2016, 2019)

Advised a Russian Forbes-listed businessperson on the acquisition of a major stake in the owner and operator of a large oil transshipment terminal on the Baltic Sea. Deal value: ₽4 bn ($67 m) (2019)

Represented the interests of the majority shareholder of a large fishery group – in the TOP-3 by catch in Russia – in a transaction for the purchase of shares from a minority shareholder. Deal value: $20.5 m (2019)

Pravo.ru-300: Corporate / M&A - Group 2 (2020)
career
Prior to joining Ivanyan and Partners in 2014, Maxim worked for a major Russian law firm and was a visiting attorney at a top New York law firm.
education
2009: Master’s degree from the Russian School of Private Law, Moscow