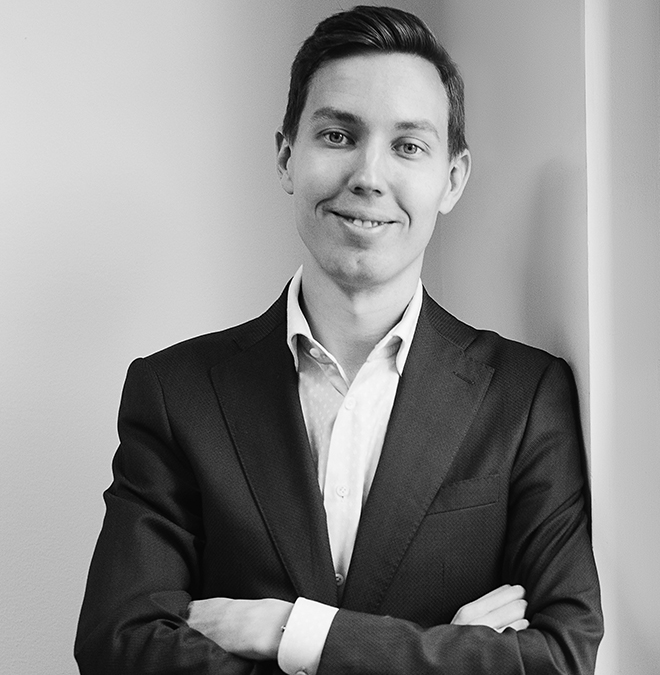 + add to binder
E v.papkin@iplf.ru
Т +7 495 647 0046
For over 11 years, Vasily has been specialising in international and Russian natural resources, energy, and infrastructure projects, focusing on design, supply, and construction contracts, including those based on the EPC model. He regularly represents both owners and contractors, and advises on related issues of commercial law, real estate, and project finance.

Vasily also has significant experience in corporate law, Russian and cross-border M&A transactions, and the setting-up of joint ventures.

Advised the developer and operator of the port of Vanino in the Far East of Russia on a large-scale investment project for the construction of a new coal terminal, including drafting and negotiating a contract with a German supplier for the engineering, supply, and installation of key equipment. Volume of investments: ₽37 b ($500 m) (2017-present)

Advised a leading Russian designer and supplier of power equipment on an engineering, procurement, and supply contract in respect of gas turbines for the largest gas processing plant in the Far East of Russia. Contract value: $240 m (2017)

Advised a large Russian heavy industry and manufacturing conglomerate on the supply and installation of equipment at the Slavyanskaya gas compressor plant. Matter value: $130 m (2017-2018)

Advised a private investor on a major infrastructure project for the construction of a terminal for the transshipment of liquefied hydrocarbons (LPG) in a seaport in the Far East of Russia. Deal value: $2.1 b (2018-2019, project on hold)

Advised Gazprombank on a complex restructuring of debt arrangements for the major Russian coal and steel producer Mechel. The transaction included a conversion of the debt into 49% of shares in a project for the development of the Elga coking coal deposit, Russia’s largest. Deal value: ₽35 b ($580 m+) (2016)

Best Lawyers: Private Equity Law (2022)
career
Since 2015, Vasily has made his way from associate to counsel with Ivanyan and Partners. Prior to joining the firm, he worked in the Moscow office of Herbert Smith Freehills.
education
2011: Master’s degree in Private International and Civil Law from Moscow State Institute of International Relations (MGIMO), Russia